you can tell the ppl who wrote d&d 3.5 thought half-orc players were cringe because half-orc's are just clearly mechanically worse and more boring than everyone else

it's easiest to see when you compare with dwarves. both races have 2 languages (common and their own), darkvision, and I'd say half-orcs' bad ability scores are comparable to dwarves' bad movement. but that's all half-orcs get! while dwarves get an assortment of cool shit like stoneworking, resistance to poison, and! most damningly! dwarves get an attack bonus against orcs and goblinoids and familiarity with dwarven exotic weapons! orcs don't get either an attack bonus against dwarves (or anyone else) or familiarity with orcish exotic weapons (which are already in the book! they're just exotic to everyöne apparently) 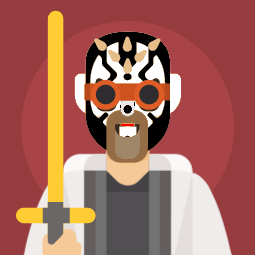 @pinkosock Strength was overvalued by the devs. Half-orcs are the only core race that get a STR bonus so they got basically nothing else.

@pinkosock And in fairness STR was king in 3.5. You had to take a feat to use DEX on attack and nothing you could do would add DEX to damage. This racial meant that half-orcs automatically got +1 to attack and +2 to damage (2H weapons) when compared to every other race in a game primarily about combat. It's way better than +1 AC or +1 HP/level or +1 skill point/level or +1 to seein' stuff or +1 to social skills. So the devs aren't even wrong, exactly.

The light sensitivity was a bit much tho